Such is the interest in our building that is hidden in plain sight on Accrington Road that the Whalley History Group had a second visit on Wednesday 31 January 2018. The evening was a typical wintery one and temporary 3- way traffic lights at the village centre roundabout made for delayed traffic movements. Indeed, when the Abbey Lodge members left the building it was in the midst of a wet snow blizzard that started to stick on the ground.

Some 20 members of the Group attended the visit which began with an introductory talk by Abbey Lodge 2529’s Worshipful Master aided by other brethren. Lots of interesting questions were asked about Freemasonry in general and the Union Club and ‘Lancashire’s Little Gem‘ of a Lodge Room in particular.

One lady reported that she knew of support being offered to 2 ladies from the Almoner of another Lodge and a gentleman proudly told us he was a ‘Lewis’ which in masonic terms denotes strength as well as the son of a mason. What we didn’t get chance to tell him is that a ‘Lewis’ “can be made a mason before all others however dignified”.

Since Abbey Lodge (the first in the building) was formed in 1894 it is 124 years old this year and has much history but the Union Club dates back to 1878 and there are documents and minute books etc dating back to those days. These were put on display for anyone interested to browse and they did.

Inside the Masonic Rooms (Lodge Room) there is much to explain with carved oak paneling and furniture that has a link to Whalley Abbey. The Lodge Warrants or Charters are on display. The voting system common to all Lodges was explained – this is were the term ‘black-balled’ comes from. The layout of the Lodge was described as was the regalia worn by the Officers and Brethren.

The visit lasted some 2 hours and feedback was good. 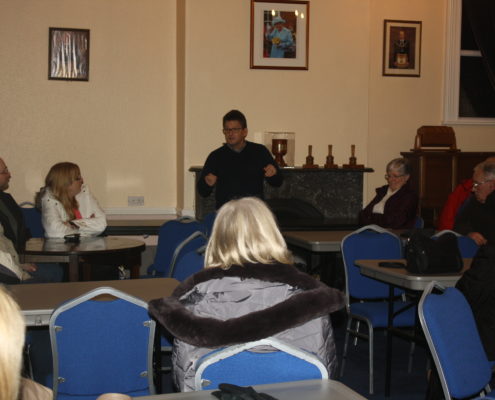 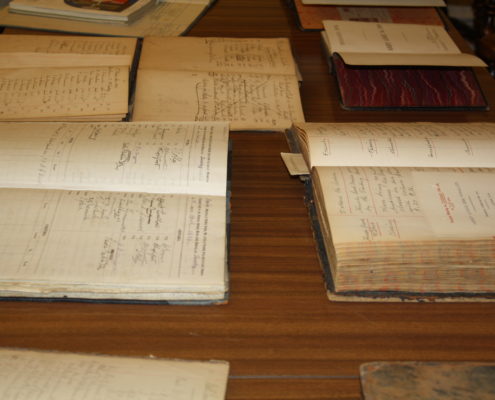 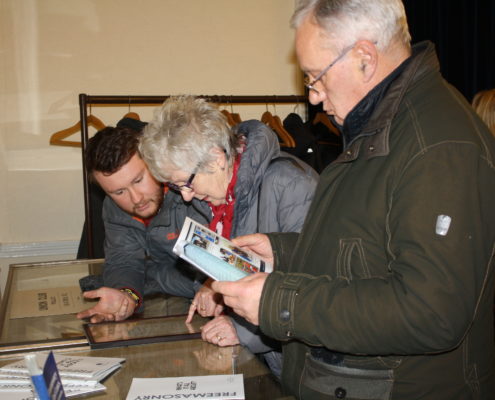 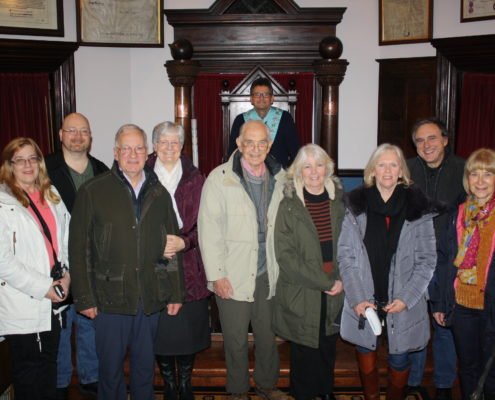 Postlethwaite Dinner for the 57th time