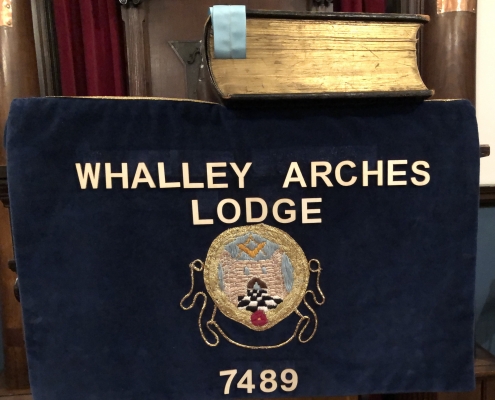 Whalley Arches Lodge takes its number from what was a lodge that first met in Blackburn moving to Darwen in 1986. That lodge was Blackburn Lodge of Temperance, Number 7489.

Minutes of Lodge Meetings held in late 1995 suggest Blackburn Lodge of Temperance, 7489 was struggling to attract new members. One of the reasons given was due to the insistence on enforcing that bye-law which is referred to in the name of of the Lodge, “Temperance“.

There was an emergency meeting held in November, 1995 attended by the District Chairman and his Deputy (both as observers) where the situation was discussed. The main item on the agenda was the future of the Lodge. At this meeting it was pointed out that the then Assistant Provincial Grand Master (APGM) Dr. Ramsden, was unwilling to accept the surrender of a warrant and would do his best to help the Lodge. Several members had stated their intentions to resign at the end of the year, but a “team” of members agreed to take office for the ensuing year but it was clear that at the next regular meeting of the Lodge this was not going to happen.

The meeting in January, 1996 was attended by only 6 members of the Lodge, but it was at this meeting that several Joining Members were admitted. The were to become the backbone of the “new” Lodge.

The main reason, therefore, for the demise of the Blackburn Lodge of Temperance was lack of numbers and the unlikely prospect of improving those numbers by either initiates or joining members.

The idea for a day-time lodge meeting at Whalley had been submitted and it is understood that the APGMs of the day decided that the best solution would be for the Founder members of the new lodge (Whalley Arches) to join the Blackburn Lodge of Temperance. The new lodge was re-dedicated with the old Warrant and number being passed to the new lodge. 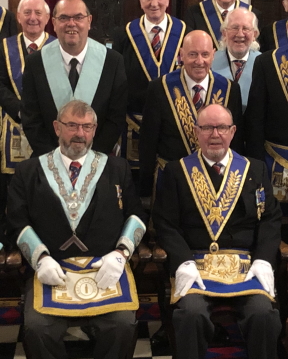 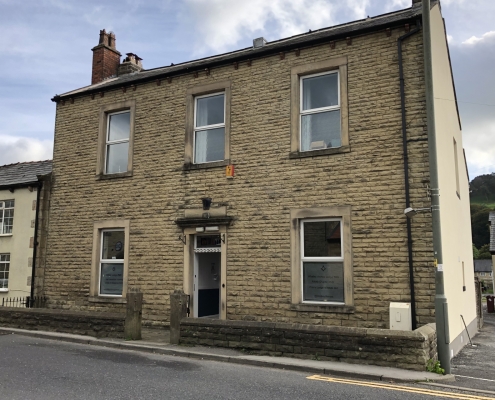 Want to know more please get in touch. Email us at WhalleyArches@MasonicHallWhalley.co.uk 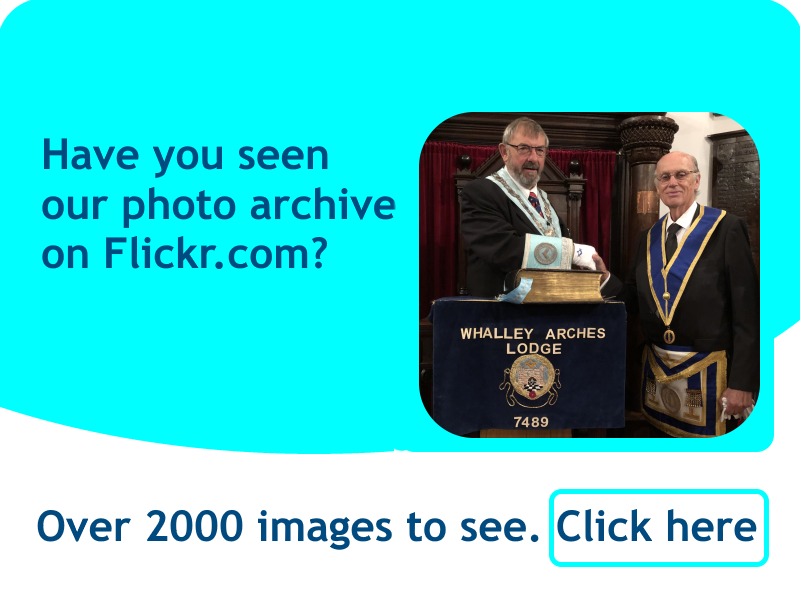