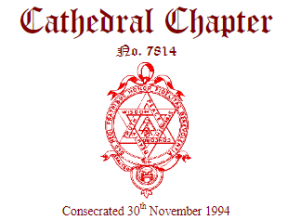 Cathedral Chapter was founded on 30 November 1994 some time after the Craft Lodge that bears the same name and number. The Chapter met in the now closed Blackburn Masonic Hall and move to Whalley in January 2022.

Cathedral Chapter meets on the fourth Monday of January, March and October and on the third Monday in May which is their Installation meeting.

Want to know more please get in touch. Email us at CathedralChapter@MasonicHallWhalley.co.uk 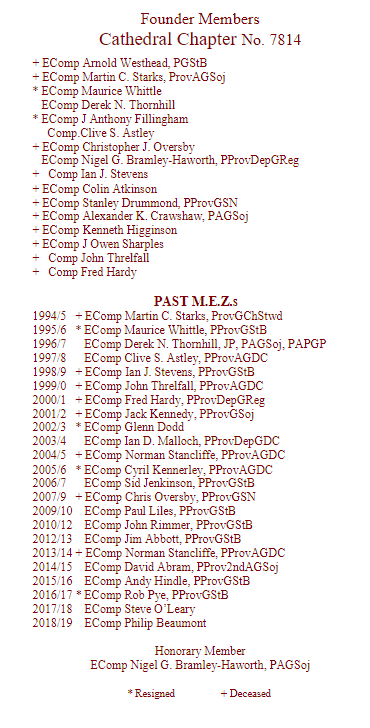