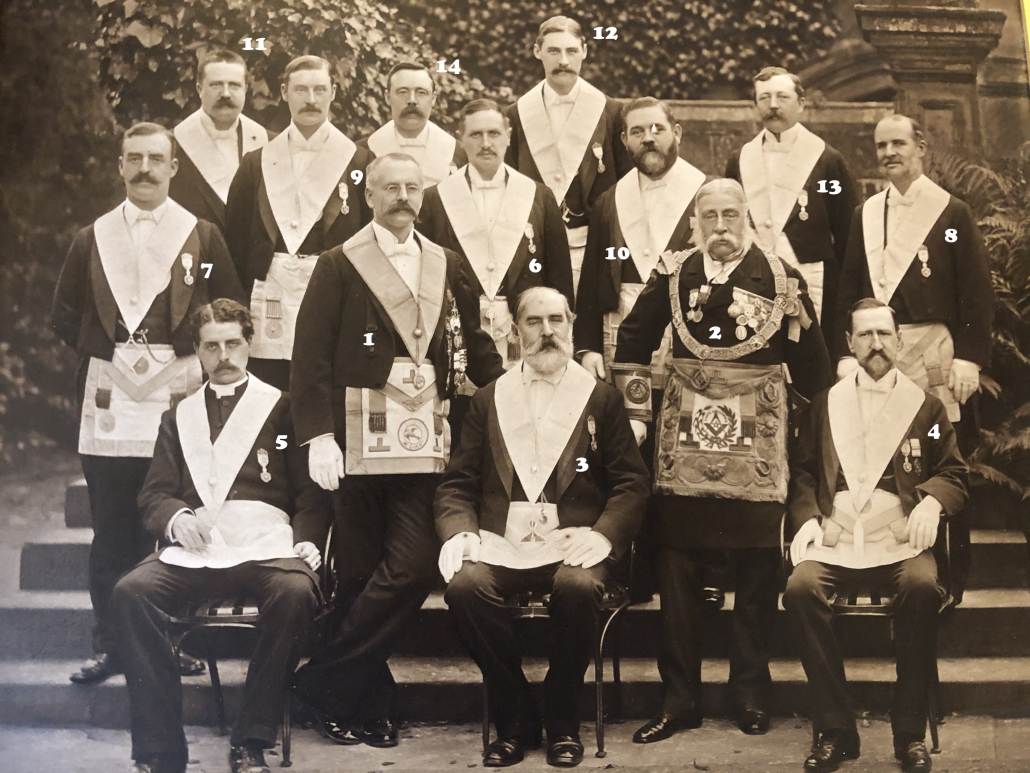 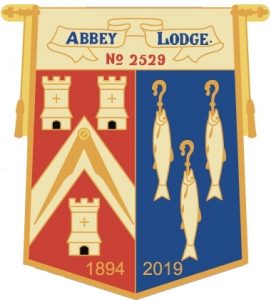 Click on the Founder’s name to view their biography.

All but two above were members of the Union Club, Whalley but not all were Freemasons at the time the idea to form a Lodge was conceived.

Whilst Colonel Starkie and William Bear were founding members of the Red Rose of Lancaster Lodge No. 1504 in 1875 at Padiham they were joined by two of Richard Thompson‘s sons in early 1893 (see below).

John R. and Thomas H. Thompson may well have chosen to enter Freemasonry in Padiham rather than their father’s Blackburn-based Lodge of Perseverance, No. 345 as they had business concerns in Padiham and would know many of the members. Also, the Lodge of Perseverance was popular at the time and they would have a long wait to be initiated.

With William Bear the Worshipful Master of 1504 and the Thompson brothers now members of 1504 a plan was developed to initiate other Union Club members and two gentlemen who had expressed an interest in forming a Whalley Masonic Lodge. This was achieved in early 1894 by initiating several candidates on the same evening during ceremonies at Red Rose of Lancaster Lodge, Padiham.

The table below taken from the Red Rose of Lancaster Lodge records held at the Museum of Freemasonry, London shows the Initiation dates of 7 gentlemen who eventually founded Abbey Lodge.

Scroll to top
This site uses cookies: Find out more.