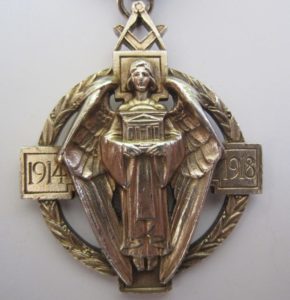 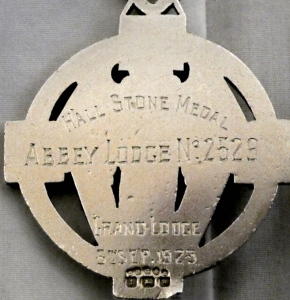 The Story of Freemason’s Hall

While the peace treaties after the First World War were still being negotiated in Versailles, following the armistice on 11 November 1918, the United Grand Lodge of England began preparations for its own masonic peace celebration in London. In June 1919, guests from lodges in Ireland, Scotland, America, Canada, New Zealand and England enjoyed a week of activities, including visits to the masonic schools and the Houses of Parliament. A peace medal was issued to those who attended the special Grand Lodge meeting on 27 June at the Royal Albert Hall.

The Grand Master, HRH The Duke of Connaught, was unable to attend, but he asked Lord Ampthill, the Pro Grand Master, to read a series of messages. One of these spoke of ‘a perpetual memorial’ to ‘honour the many brethren who fell during the war’. For the Grand Master, ‘The great and continued growth of Freemasonry amongst us demands a central home; and I wish it to be considered whether the question of erecting that home in this metropolis of the empire… would not be the most fitting peace memorial.’

With individual lodges considering what form their own memorials should take, the issue was raised at the Grand Lodge meeting in September 1919. Charles Goff from Fortitude and Old Cumberland Lodge, No. 12, asked if consideration had been given to other forms of memorial – particularly a fund to support Freemasons wounded during the war or their dependants. Charles also asked whether a major building project should proceed at a time of housing shortage. Although several lodges and Provinces decided to support local hospitals, Grand Lodge elected to proceed with its new temple.

In January 1920 details of the campaign to raise funds for the new building were distributed to lodges and individual members. The target was £1 million, giving the campaign its name – the Masonic Million Memorial Fund. Contributions were to be marked by the award of medals. Members who contributed at least 10 guineas (£10.50) were to receive a silver medal and those who gave 100 guineas (£105) or more, a gold medal. Lodges that contributed an average of 10 guineas per member (there were 28 members of Abbey Lodge 2529 at the time) were to be recorded in the new building as Hall Stone Lodges and the Master of each entitled to wear a special medal as a collarette.

By the end of the appeal, 53,224 individual medals had been issued raising over half the target amount and 1,321 Lodges had qualified as Hall Stone Lodges.

Only 2 East Lancashire Lodges became Hall Stone Lodges primarily because the Province of East Lancashire had, just prior to the outbreak of war, purchased a plot of land in Manchester for the building of a central meeting place. An appeal was launched to fund this project at the same time as the Masonic Million Memorial Fund was launched. The Provincial Grand Master’s Council did not in the circumstances, feel able to make a further appeal to the brethren of East Lancashire, fearing that to do so would result in the failure of the appeal and so did not recommend the Masonic Million Memorial Fund to the brethren of East Lancashire. Despite this recommendation, on Thursday, 31st May 1923

“It was decided that the Lodge qualify as a Hall Stone Jewel Lodge, the difference between the amount of donations already received (£228.10s.0d) and the required 280 guineas i.e. £65.10s.0d. be advanced from Lodge funds to be repaid as subscriptions came in.”

On the 5 September 1923 Abbey Lodge became a Hall Stone Lodge and the following minute records the occasion:

“Wednesday the 5th September 1923 will stand out in the annuls of Abbey Lodge, for on that day the Worshipful Master, Bro. T H Thompson PPGW was invested by the Most Worshipful Grand Master Lord Ampthill with the collar and jewel of a Hall Stone Lodge to be worn in perpetuity by the Worshipful Master of Abbey Lodge as a reminder that the Lodge has subscribed the required amount towards the bulding of the proposed Memorial Masonic Temple in London”

Peace Medal issued at the 1919 meeting 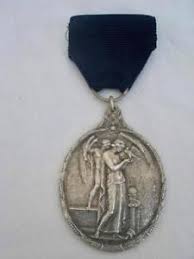 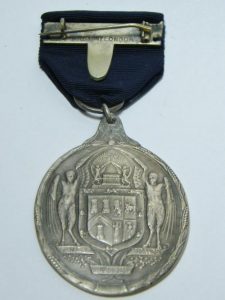 A design by architects HV Ashley and F Winton Newman was chosen and building work started in 1927. Construction began at the western corner of the new building, where houses on Great Queen Street had been demolished, and progressed eastwards.

The new Masonic Peace Memorial, as it was called, was dedicated on 19 July 1933. The theme of the memorial window outside the Grand Temple was the attainment of peace through sacrifice. Its main feature was the figure of peace holding a model of the tower façade of the building. In the lower panels were shown fighting men, civilians and pilgrims ascending a winding staircase towards the angel of peace.

In June 1938, the Building Committee announced that a memorial shrine, to be designed by Walter Gilbert, would be placed under the memorial window. Its symbols portrayed peace and the attainment of eternal life. It took the form of a bronze casket resting on an ark among reeds, the boat indicative of a journey that had come to an end. In the centre of the front panel a relief showed the hand of God in which rested the soul of man. At the four corners stood pairs of winged seraphim with golden trumpets and across its front were gilded figures of Moses, Joshua, Solomon and St George.

In December 1914 Grand Lodge had begun to compile a Roll of Honour of all members who had died in the war. In June 1921, the roll was declared complete, listing 3,078 names, and was printed in book form. After completion of the Memorial Shrine, the Roll of Honour, with the addition of over 350 names, was displayed within it on a parchment roll.

The Roll of Honour is guarded by kneeling figures representing the four fighting services (Royal Navy, Royal Marines, Army and Royal Flying Corps). By the time all these memorials were complete, the country was already in the midst of another war. Freemasons’ Hall continued to operate during that Second World War and survived largely undamaged so that it can be visited today. 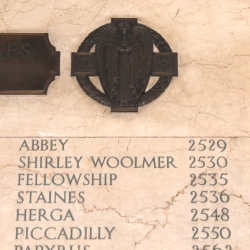 Abbey Lodge, No. 2529 can proudly boast that 15 of its members subscribed sufficient funds to become individual Hall Stone Jewel recipients. They were:-

5 of these Jewels are on display in a display case within the Lodge Room. 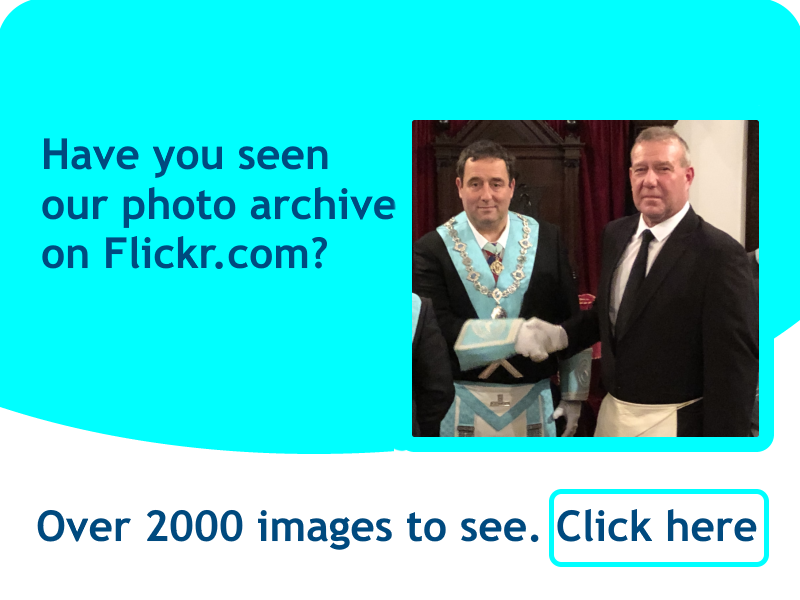