Starkie was the son of Le Gendre Nicholas Starkie of Huntroyde Hall, Padiham who was himself a former Member of Parliament for Pontefract. Starkie married Anne Chamberlain, daughter of Abraham Chamberlain of Rylstone, Yorkshire. He was educated at Uppingham School and Trinity College, Cambridge being awarded a BA in 1851 and an MA in 1854. He was admitted at Inner Temple on 11 June 1853. He inherited Huntroyde Hall on the death of his father in 1865. In August 1853 Starkie was elected at a by-election as the Member of Parliament (MP) for the Borough of Clitheroe until 1857 when he didn’t stand again for re-election.

Starkie was a Magistrate and Deputy Lieutenant for Lancashire. He was Colonel of the 3rd Battalion East Lancashire Regiment. In 1868 he was High Sheriff of Lancashire. 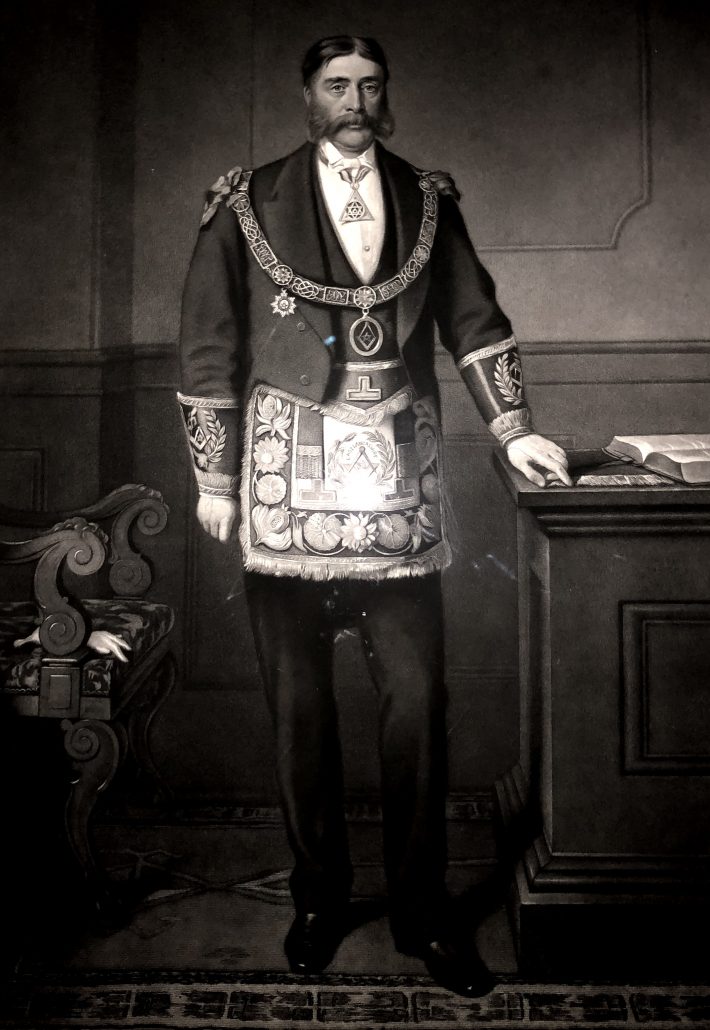 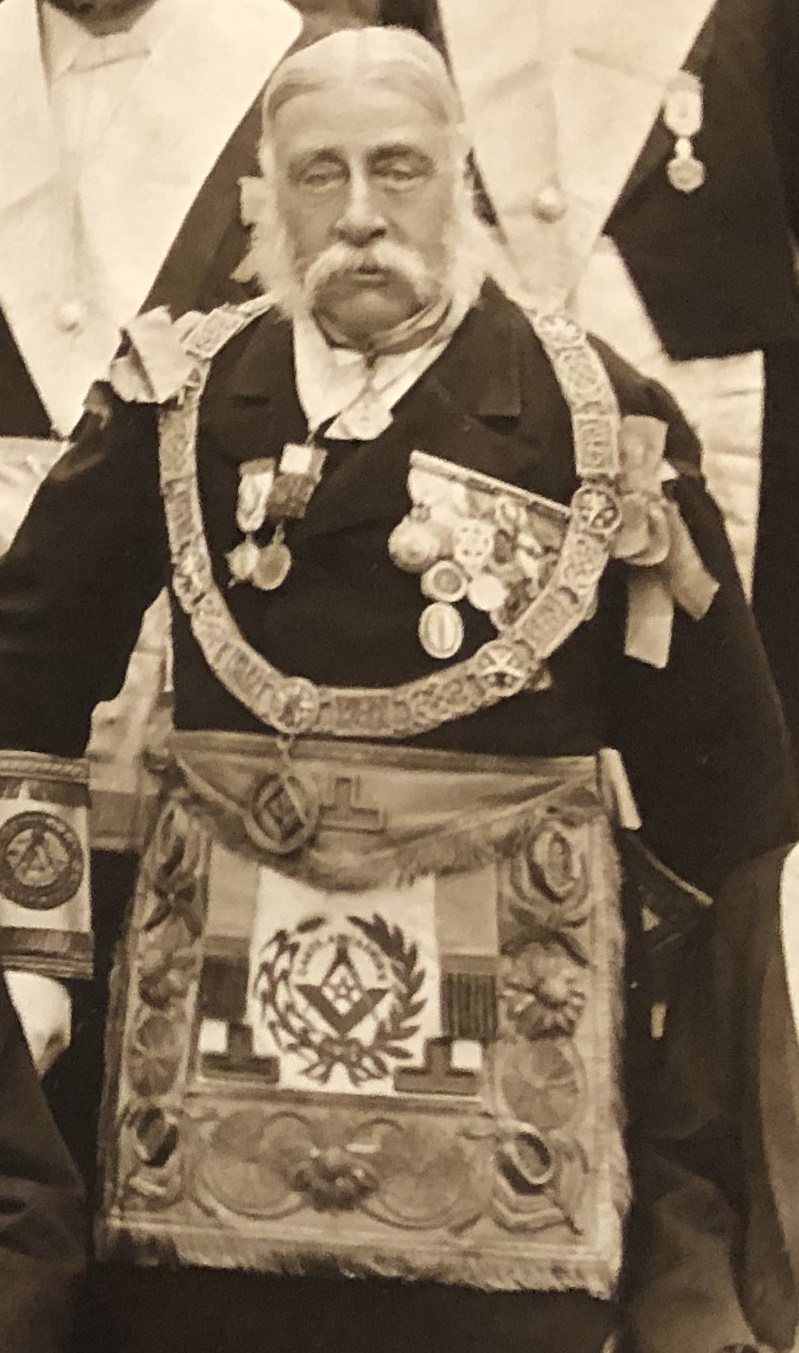 In 1875 Provincial Grand Lodge decided to organise and extend the working of the ‘East Lancashire Systematic Benevolent Fund’ with the result that from 18th January 1876 ‘The East Lancashire Systematic Masonic Educational and Benevolent Institution’ was formed. Since 1910 this organisation has been known as the ELMBI. In 2006 – after 130 years – the organisation’s name again changed to the ELMC, ‘The East Lancashire Masonic Charity’ to reflect the changing and ever more demanding times for assistance.

Despite the change in name, its aim is still the same as when founded in 1876, i.e.

‘The education and advancement in life of children of indigent or deceased Freemasons of East Lancashire, and to afford relief or assistance, where considered desirable in aid of Freemasons and their families in the said Province, and generally to promote the cause of Masonic Charity’.

To commemorate Colonel Starkie’s great work for the Institution, the Province in 1901, purchased a perpetual presentation in his name on the Royal Masonic Benevolent Institution.

When Rt. W. Bro Starkie became Provincial Grand Master, the Province contained 79 Lodges. On his death in 1899, there were 113 Lodges and 4,829 members in the Province. In our Lodge Room there are 4 displays of Masonic Jewels – one display has Founder Jewels from various other Lodges. Some research is needed to see if all 34 Lodges consecrated during his tenure as PGM are represented.

Such was W Bro Starkie’s profile as PGM that an area of this Province has been named after him. Also, a craft lodge – The Starkie Lodge No 1634. This Lodge was consecrated on 27th December 1876 at the Station Hotel, Ramsbottom, with the personal permission of the then Provincial Grand Master. After moving to the Civic Hall in Ramsbottom some years later, the Lodge had to move first in 1989 to Haslingden Masonic Hall and subsequently to Ashdale Lea, in Rossendale. At its inaugural meeting, Starkie Lodge also received Colonel Starkie’s personal permission to use his Starkie family crest on the Lodge summons and PM jewels. A practice that is carried on to this day and revered by its members.

He died at Huntroyde at the age of 71 having been a member of Abbey Lodge for just short of 5 years.