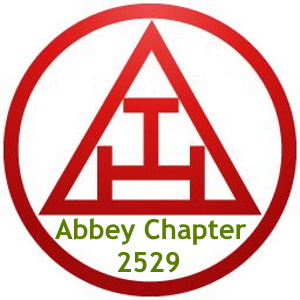 Abbey Chapter was formed some time after the lodge that bears the same name and number. It meets on the third Thursday of February, April and September and on the first Thursday in November.

The meeting in December 2014 celebrated the Chapter’s Centenary. Have a look at the images that were captured on this happy occasion.

Want to know more please get in touch. Email us at AbbeyChapter@MasonicHallWhalley.co.uk 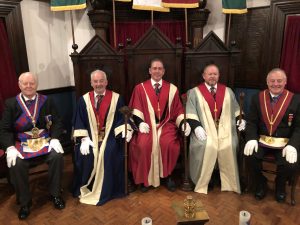 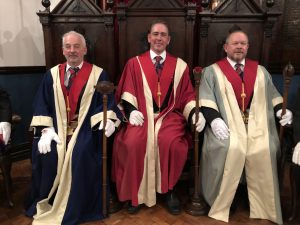 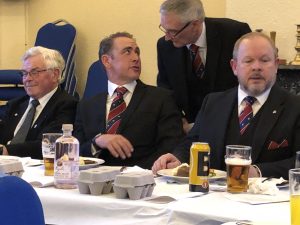 The images above are from the 2019 Chapter Installation meeting when E.Comp Simon Capstick was installed as First Principal. True to form, Simon brought along his signature raffle prizes – new-laid eggs which helped the Chapter raise £100 on the night for charitable purposes. We hope the new Principals have a great year and see the Chapter go from strength to strength.

At the 2019 Abbey Chapter Installation Companion Alan Dunicliff presented to the Companions a new Past First Principals carved board to be displayed in the Chapter. He has worked hard to initially source a wooden panel suitable for carving and then finding a craftsman to complete the work. The photographs below show the original board completed to 1999 on the left with the new board in its entirety in the centre and a close up of the names to the right. The lighting in the room wasn’t conducive to good photographs so if you want to see a complete list of Past First Principals click here. 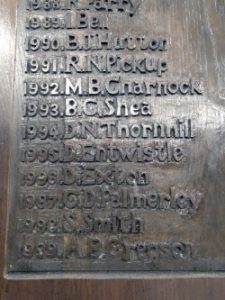 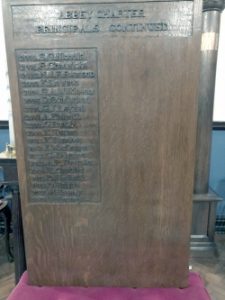 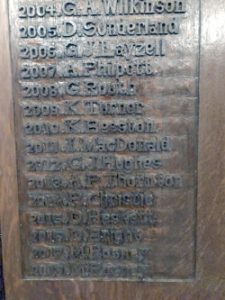 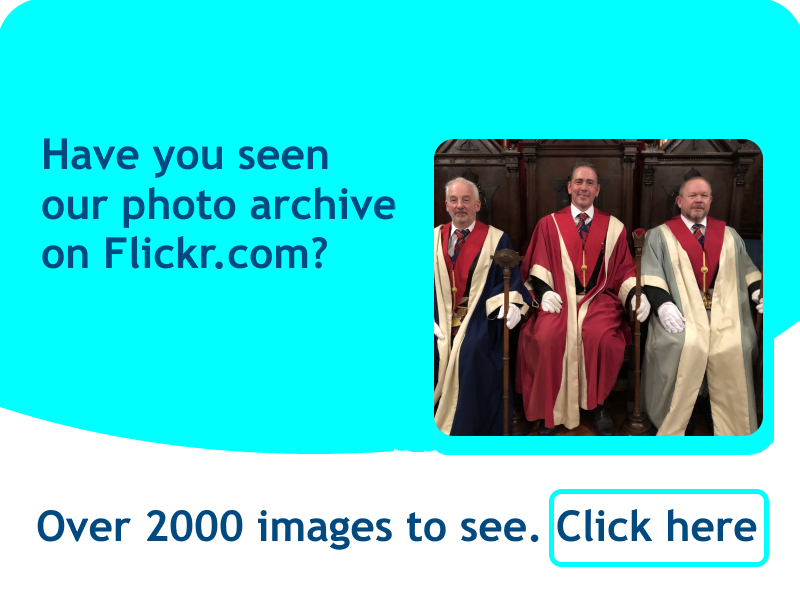